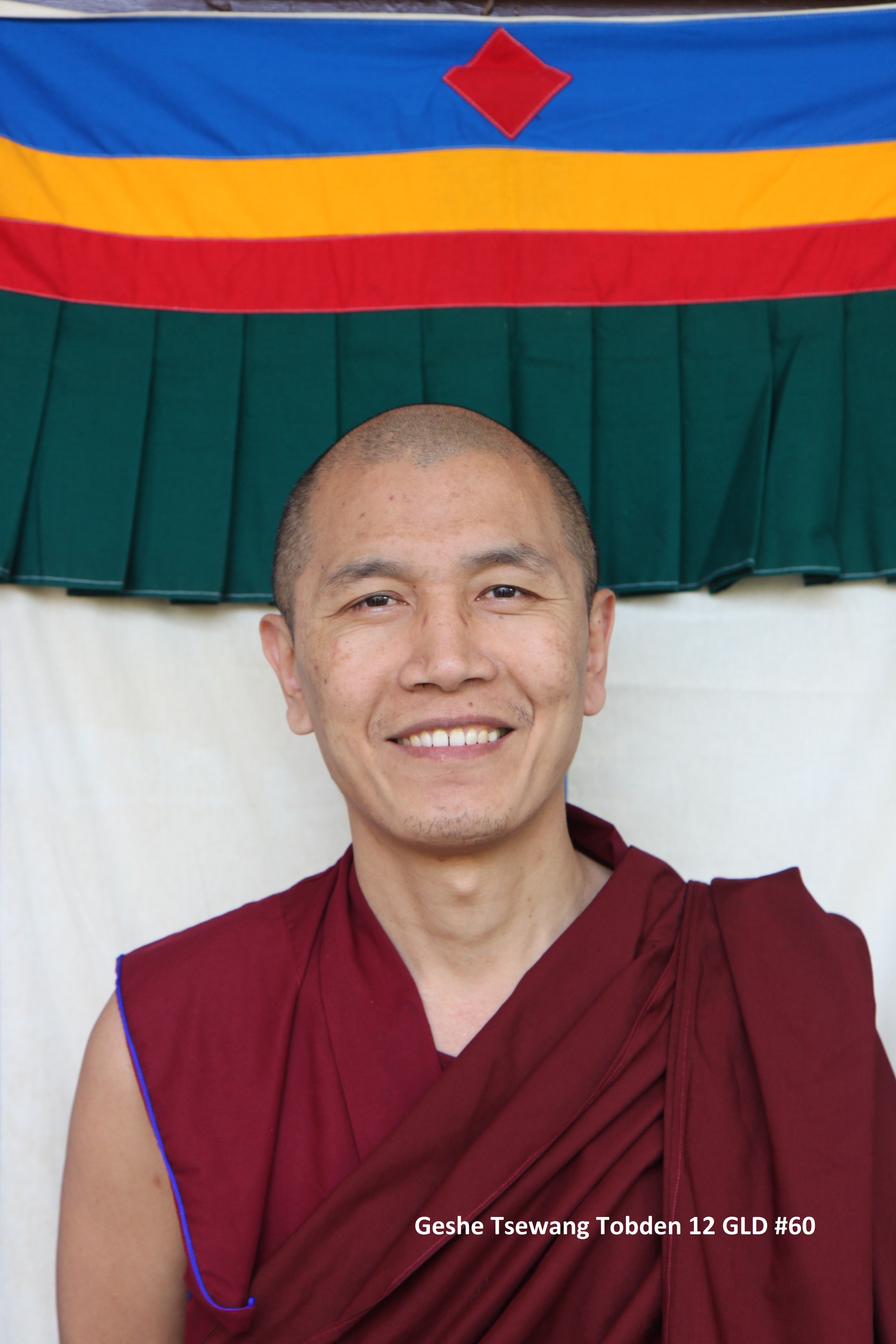 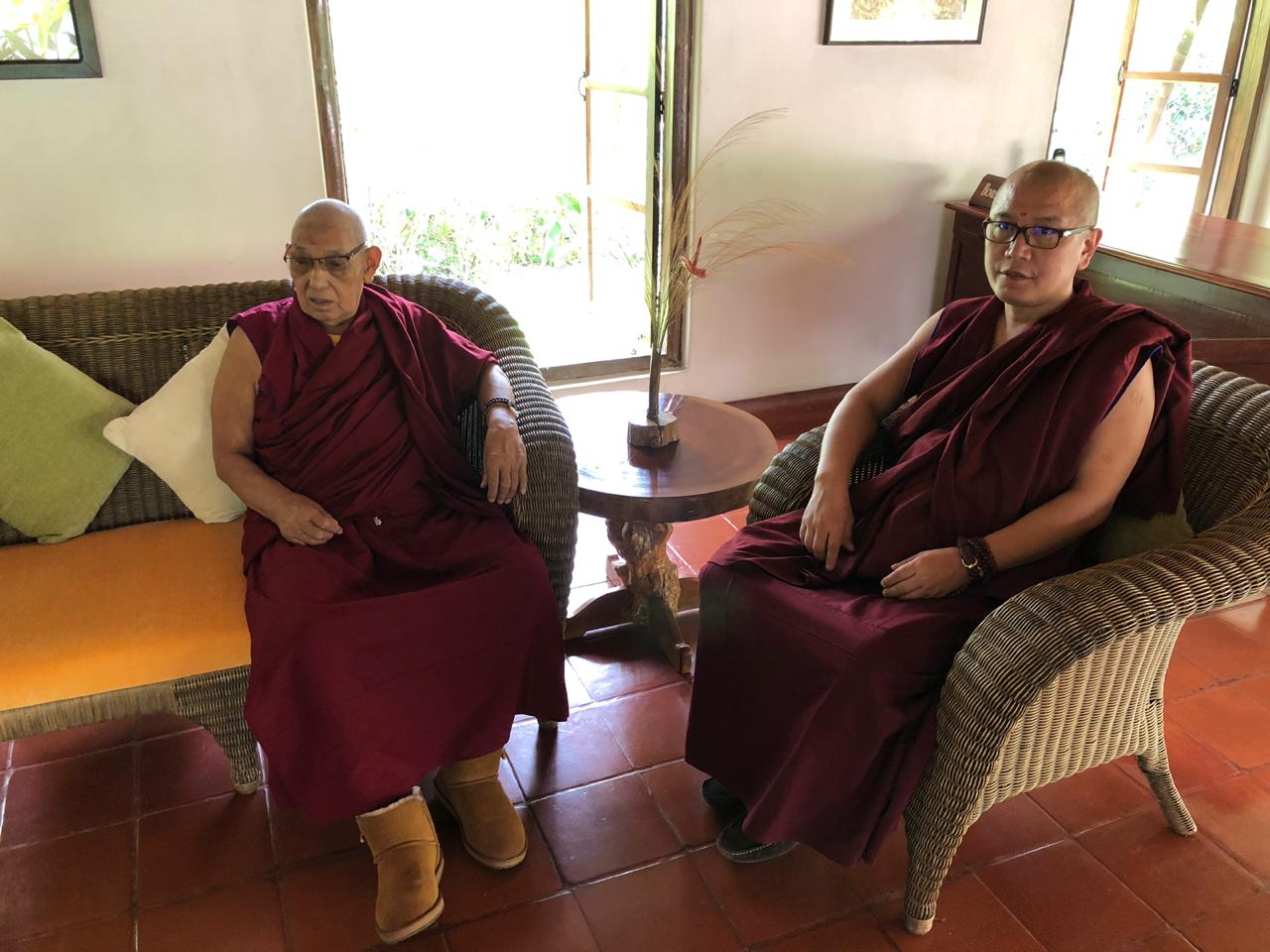 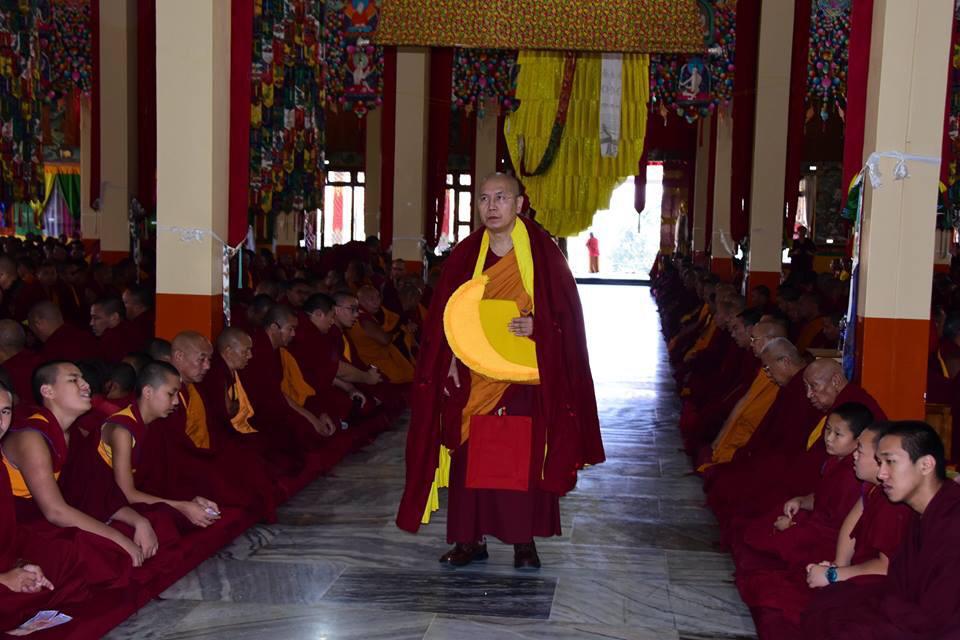 During a monastery assembly in his role as Ge-gu. 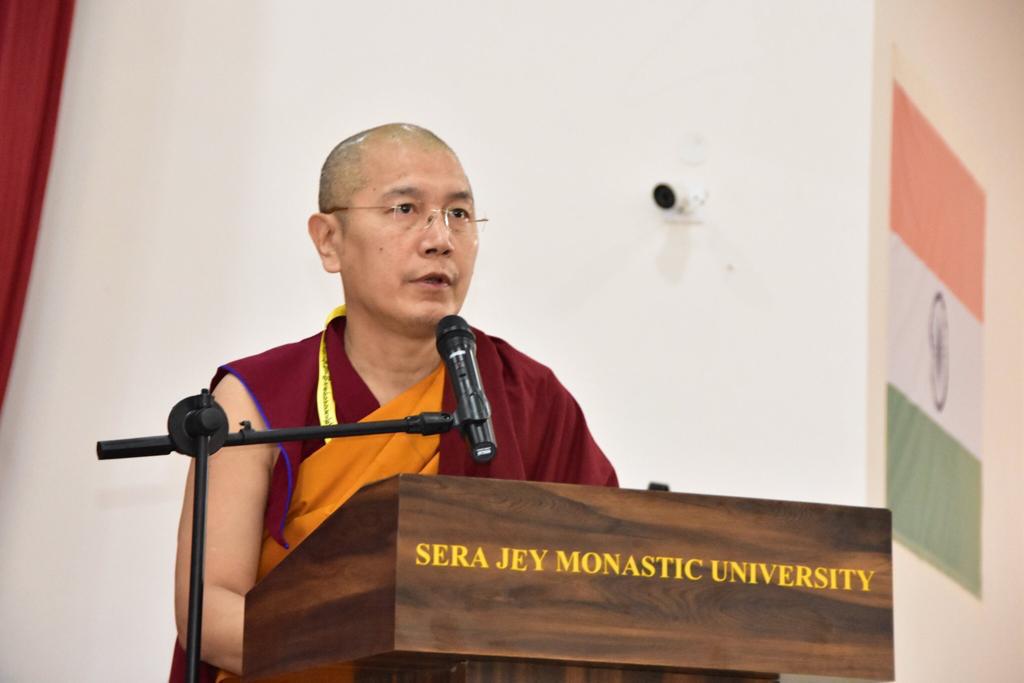 Speaking to the assembled monks. 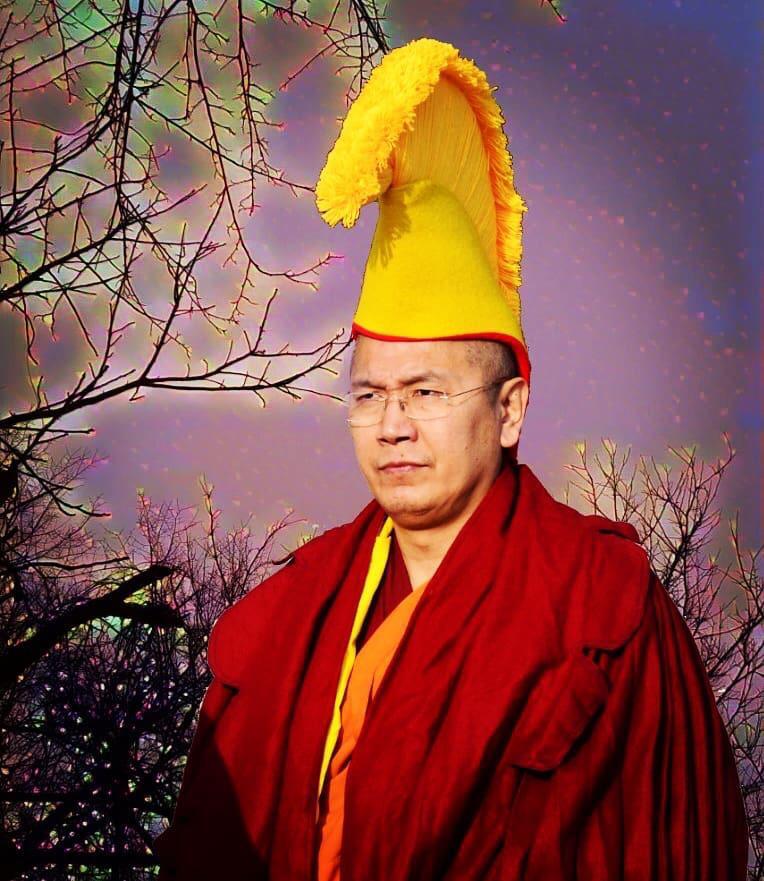 Geshe Tsewang Topden is a Sera Je Geshe and the ‘No.1’ pupil of our Patron and Teacher, Khensur Rinpoche Geshe Tashi Tsering.

At the request of Geshe Tsewang Topden’s parents, Rinpoche took Geshe-la into his care when he was 4 years old, raised him like his own son, guided him to become a good monk and directed his education.

Geshe Tsewang Topden was born in India in 1971.  His parents come from the same home town as Khensur Rinpoche, Kardze in eastern Tibet.  His father is related to Rinpoche, though I’ve never been able to understand exactly how…. some kind of a cousin!

From the age of 7, Geshe-la attended the Sera Je Monastery School, which is accredited by the Indian government.  As such it teaches a standard school curriculum that includes Hindi and English, as well as Tibetan language and other additional subjects of a monastic character such as memorisation and recitation of prayers.

After finishing school he began his higher education, studying to become a Geshe.  He completed these studies in 2003, graduating at the top of his class and achieving the award of Geshe Lha-ram, First Division.  This is the highest level of the highest attainment in the Gelug-pa tradition’s educational system.

In accord with the custom for new Geshes, he then furthered his study by training in the Buddhist Mantra/Tantra system, earning his Tantric qualification in 2007 from Gyu-tö Tantric College in Dharamsala.

Since returning to Sera he has taught Buddhist philosophy and dialectics to younger monks and currently has over 100 students: training new generations in the traditional way.

In 2019 he served as the Ge-gu (Disciplinarian) of Sera Je Monastery.  To be selected for this monastic office is a great honour and a mark of the profound esteem with which he is regarded throughout the monastery for his learning and personal qualities.

We are very fortunate to have the opportunity to benefit from Geshe Tsewang Topden’s extensive knowledge and experience.  I know you will join me in welcoming him to our Good Fortune Trust family!